Last monday was the last show of the year 2008. So we can look back on a fantastic show deduut this year from THE LORD MISTER MANGO It was fantastic for Alinda to handle a Hamilton in the show ring 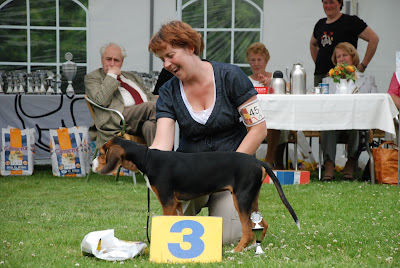 And the last show this year in Wychen Mango and his trophy's from this year. 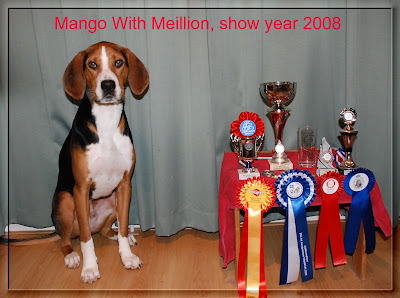 Love from breeder Monica and Hans

PS. can we get that photo in our email, please

Congratulations to you Alinda, Tjeerd, Mango, Monica and Hans. We are very proud of you all here at Meillion :-)

Have a lovely Christmas and new Year.