During our vacation in Wales we received the sad news that Faith was very ill. Faith the Hamilton bred by Pam and the first years of her life part of the Muskoka pack of Petra. For several years, Faith lives in the beautiful South Limburg with her ​​new owners  Frans and Sjardie. This summer she was diagnosed with cancer and they removed a tumor of 1.6 kg. Unfortunately, her lungs are full of metastases and there is no chance for a cure.
Faith and Mango both walked along the top of the show world   for a few years, a lot of international titles they took back to the Netherlands and together they have for ensured that the breed was known in Europe. But beyond that they are two great house dogs loved by many. Mango his titles are standing on this blog, here under the list of Faith.
Meillion You'll Never Know "- FAITH Born: 21 - 08-2007
DUTCH, European, Hungarian Junior Champion
Bundesjugendsieger Siegerin 2008
Nordick Junior Finder" 08 (Denmark)
Youth Winster / Winster
Danish Champion
WORLD CHAMPION 2009
Slovakian Champion

But this fight she  can not win.
After hearing the bad news  it was soon clear to us that we wanted to visit  Faith,  A farewell .... even if it does so much pain. After having  contact with her ​​boss it was good to come this weekend. Alinda was in Maastricht for a dog show and I would leave on Sunday morning to Limburg. Mango went with me to be together again with his girlfriend Faith. It was an emotional reunion. Faith recognized us. She sang and cried out, tears began to come in our eyes. With Mango, she went into the garden. A reunion of old friends so beautiful and emotional. I take some pictures of Faith in the garden and then we go inside.
This disease requires a lot of her, her appearance has also shown this, a tired look in her eyes and a fallen body . 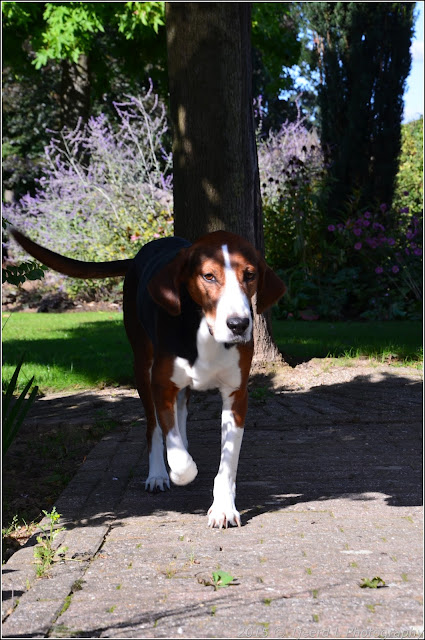 Relaxed in the garden. 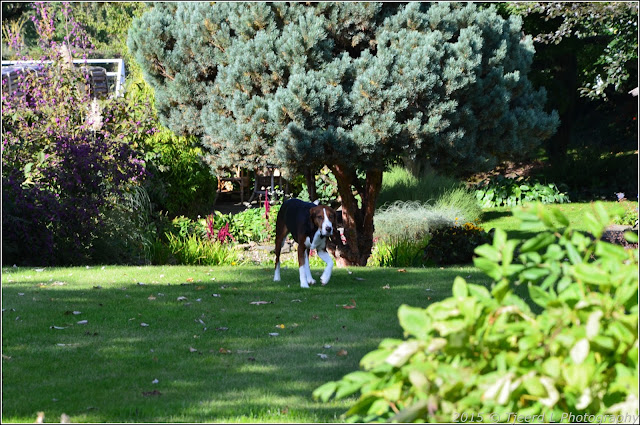 Faith and Mango together. 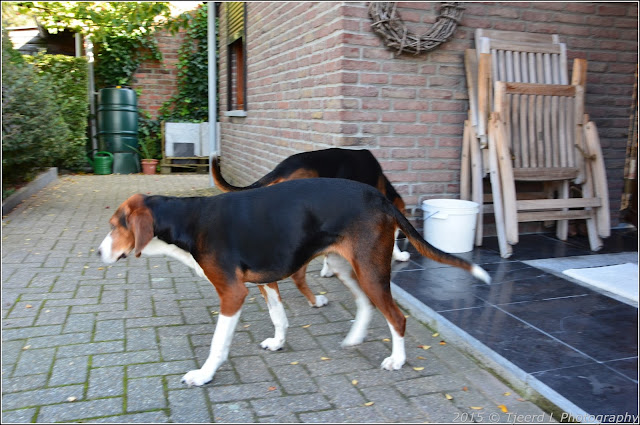 Drinking water in the pond 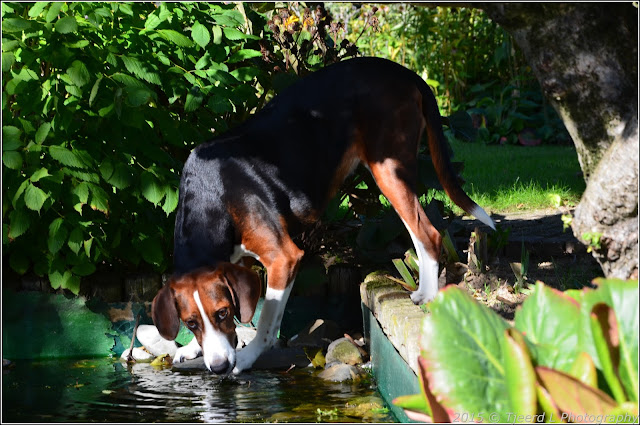 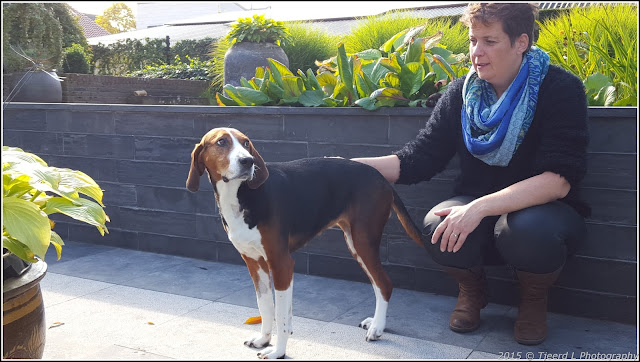 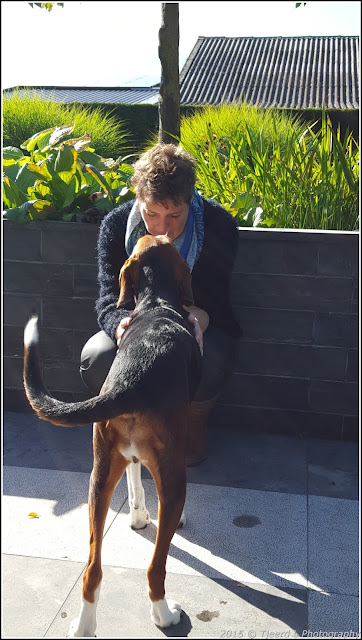 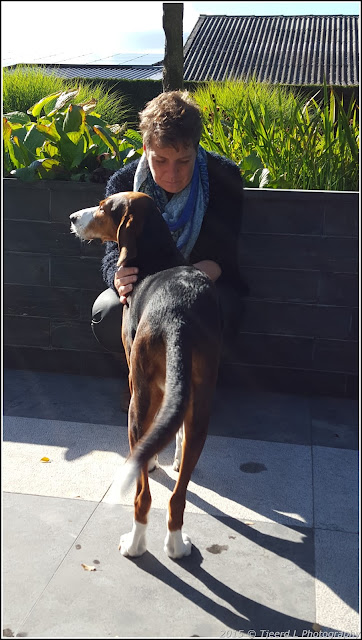 We go inside, Faith  was crawling beside me on the couch 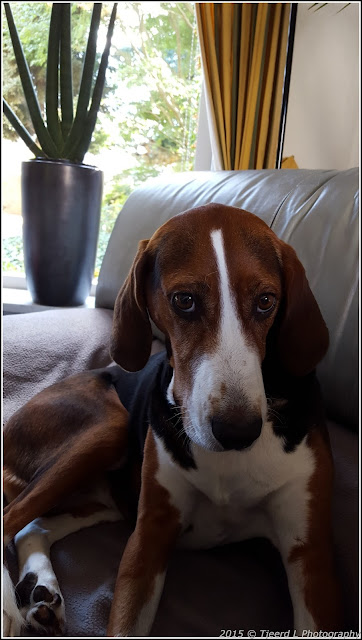 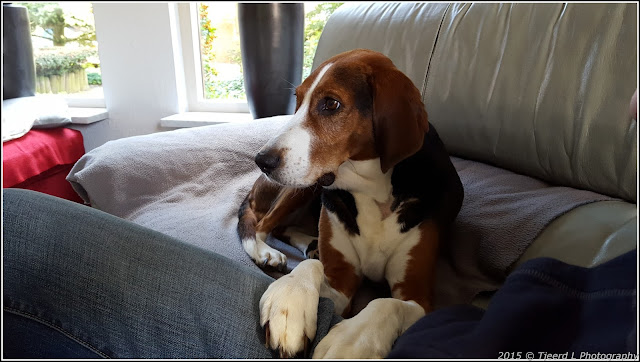 At that time, many thoughts went through my head, the good times we had with her on the many shows in Europe, from Dortmund to Bratislava in 2009 where she won the cup with the big ears on the World Dog show. 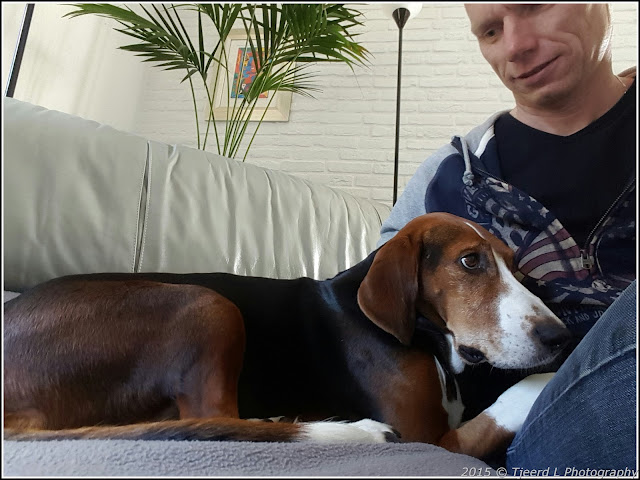 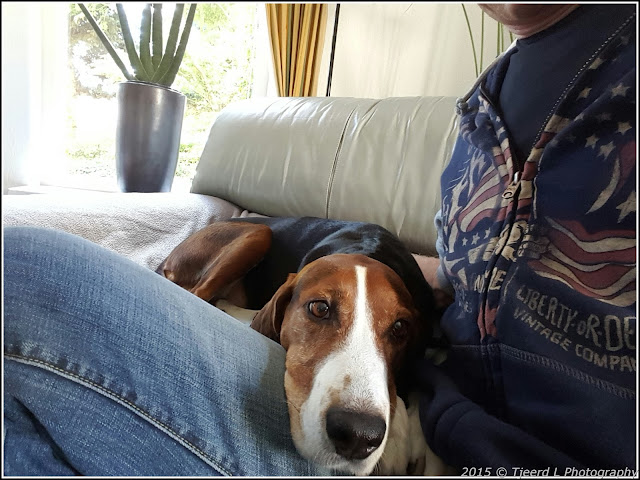 Beautiful lady why is this so unfair, you're much too young. 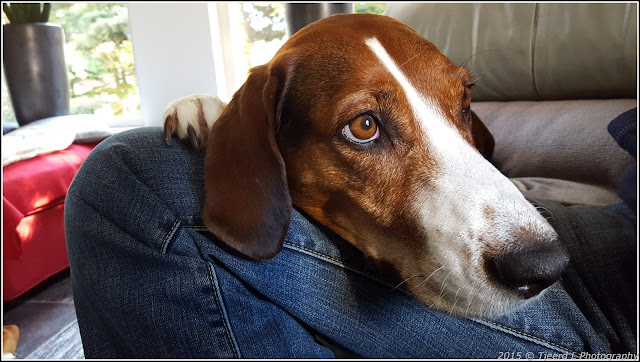 Moments later she was laying down by Alinda. 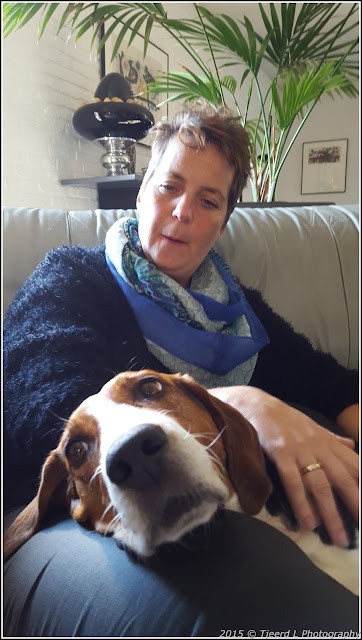 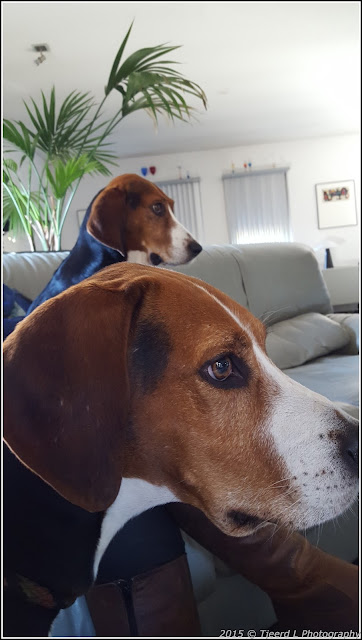 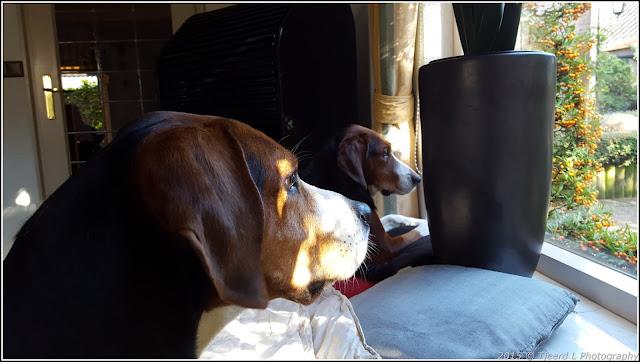 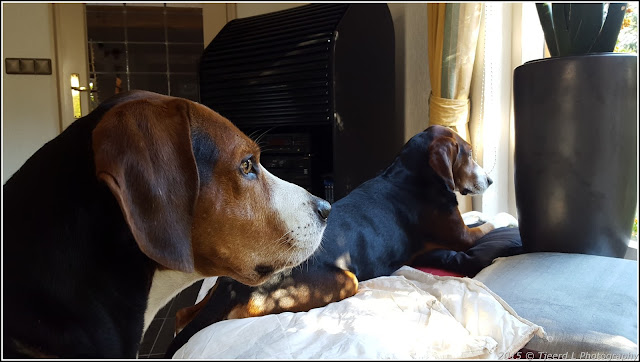 Faith as we knew her, the crazy Fatimoe as we called her often, lovely cuddles on the couch in the most impossible positions 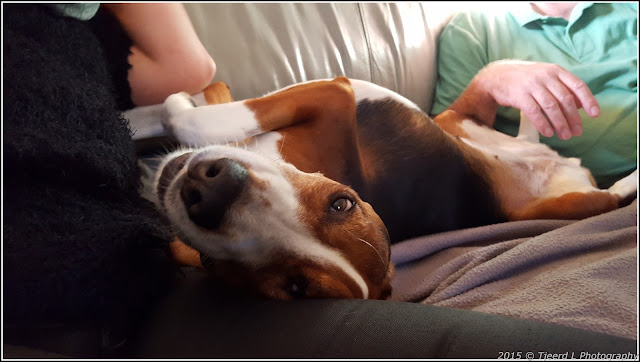 At the end of the afternoon it's time to go home again. We say goodbye to Faith and her owners  Frans and Sjardie. Tears are starting to come. I make a few last photos 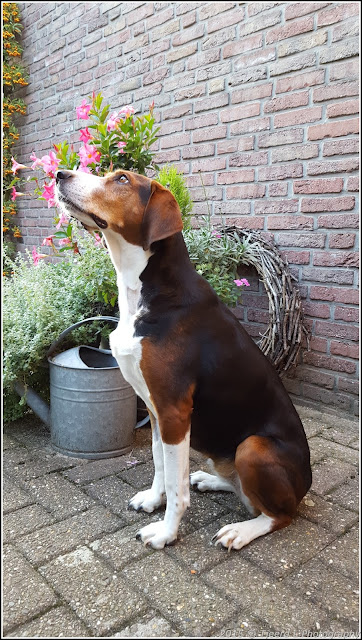 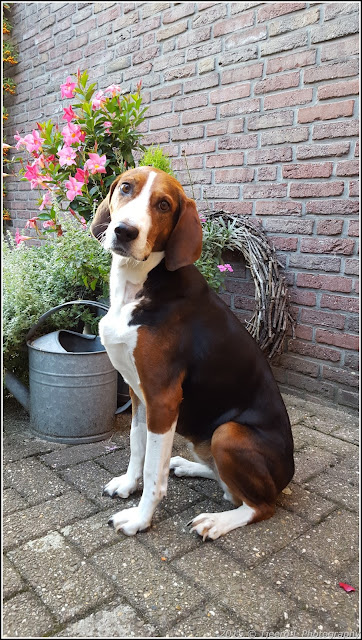 We say goodbye and drive off, we both sit and cry in the car, this is so unfair she's only eight years old.