Mango at the show in Sneek

Yesterday we went to the show in Sneek. When we arrived at the show we heard that there was a judge change. Alinda en Nel didn't like that and were thinking about pulling back the dogs. They decided to let the dogs show by other people. Alinda asked Gabrielle Veenstra (her teacher with showtraining)to show Dylan, Mango and Michael. That was oke, but when Dylan and Mango became best puppy we must look for an other person to show one of them. We decided, when that happend, I would show Mango in the honnery ring.
So first Gabrielle showed Dylan and Michael. Dylan became 1 Very prommissing and Best puppy in Breed. Michael became 1 Excellent and Best of Breed. Then it was time to show Mango. It was going very well and Mango became also 1 Very prommising en Best puppy in Breed. 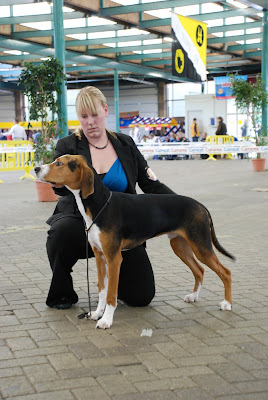 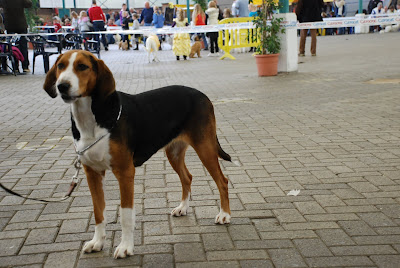 So when it was time to go into the honnery ring with the pups, I made my show debuut. It was the first time for me to show a dog in a dogshow. Gabrielle with Dylan and me with Mango. In the ring the jugde made a selection. He must select the five best puppy's . He didn't select Dylan, Mango and me became the fourth place. So Mango was 4th best puppy in show. 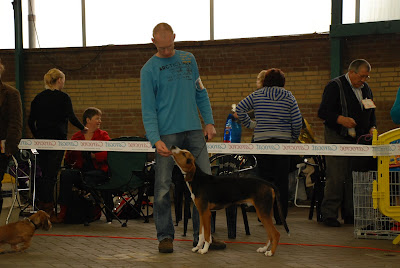 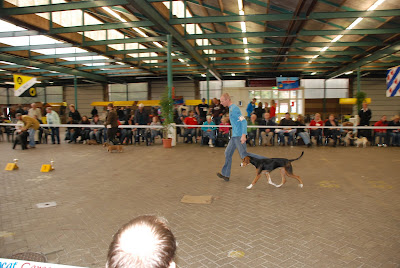 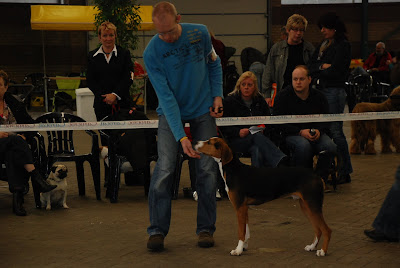 Andra was winning group 6. Michael got the 2nd place. At the ending of the show they must choose the best in show. Andra became 10th. 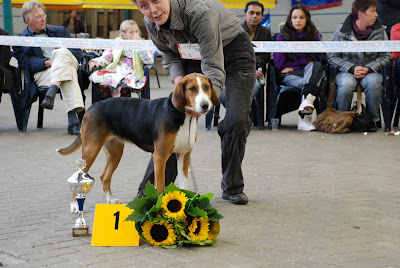 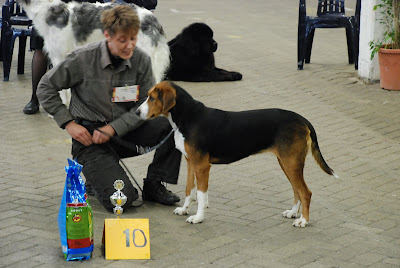 CONGRATULATIONS to Mango and Andra Best Puppy In Show 4 and Andra winner of Group 6...We are very proud of all.

Love and hugs to everyone... especially Mister Mango and Andra xx

Love Pam and all at Meillion xx

Congratulations Mango!
Tjeerd!
Is it a film you put at the blog? I can only see the colours.
Hug to you all from Monica